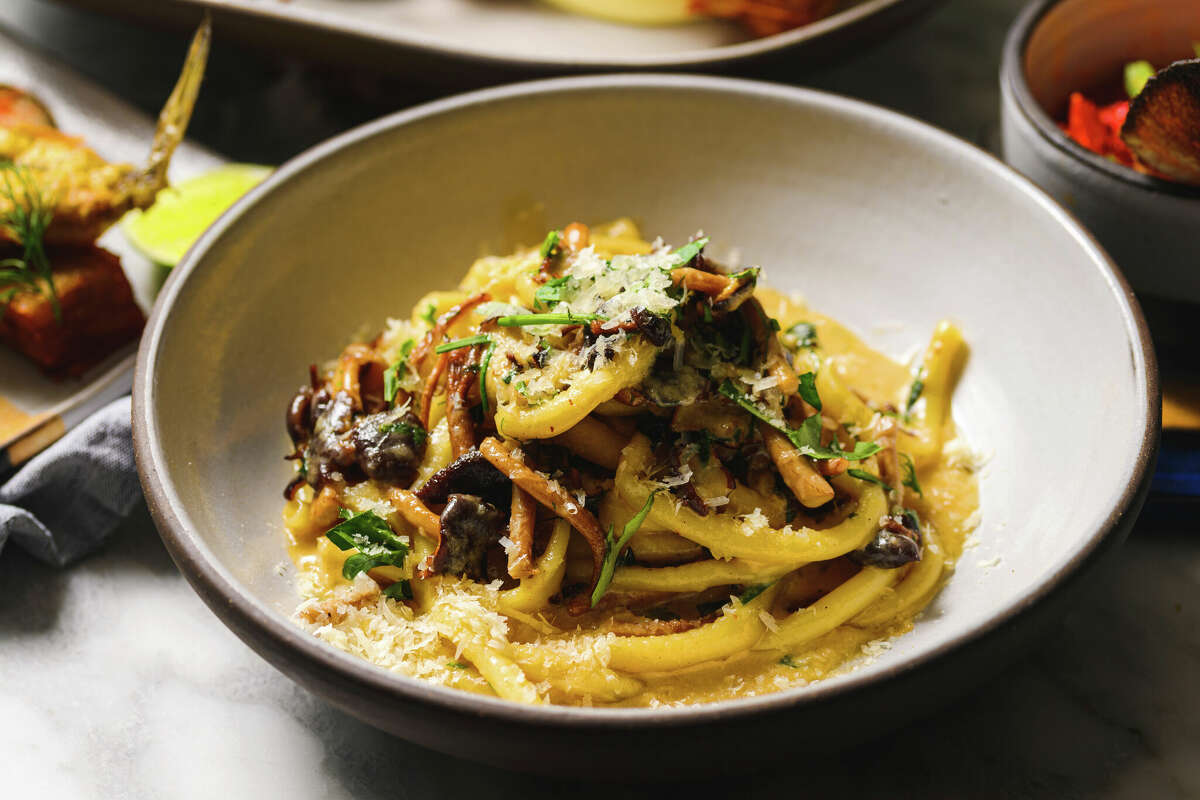 This is a carousel. Use Next and Previous buttons to navigate

“We believe that this little corner of the world is one of the most exciting and diverse food communities in America,” Oyster Club and Port of Call’s executive chef Renée Touponce told Bloomberg.

Odell also spotlighted Nana’s Bakery & Pizza, which has “earned national acclaim for its phenomenal thin-crust pizzas, tangy sourdough loaves with rich, dark flavor from fresh grains milled in house, and featherweight doughnuts.” She noted chef James Wayman’s “brilliant way with koji” — a mold used to make sake, miso and soy sauce — which is used in “everything from brown-butter chocolate-chip cookies to a rye porridge loaf.”

Adam and Ebbie Young also earned a mention for their Sift Bake Shop — “a French bakery and café with a perpetual line snaking outside its door”  — and Young Buns Doughnuts, “a classic doughnut shop whose best seller is vanilla cake coated in salty-sweet brown sugar buttercrunch.”

Other national publications have taken notice of Mystic recently, with Esquire Magazine naming Port of Call one of the “Best Bars in America” in June and the New York Post calling Mystic a “world-class dining destination” in March.

In November, Esquire also named Nana’s Bakery & Pizza as one of its “Best New Restaurants in America,” and Conde Nast Traveler named the village as one of “seven small towns in America that are secret food destinations.”

Political News
We use cookies on our website to give you the most relevant experience by remembering your preferences and repeat visits. By clicking “Accept All”, you consent to the use of ALL the cookies. However, you may visit "Cookie Settings" to provide a controlled consent.
Cookie SettingsAccept All
Manage consent