From world-famous cities to lesser-known locations, these are the best places on the planet to welcome the New Year, offering everything from stunning fireworks displays and all-night parties to breathtaking views and traditional festivals.

For many countries, this year will mark the return to the wild celebrations of the pre-Covid years – so raise a glass and start 2023 with a bang!

Last year, billions of people tuned in to watch the spectacular fireworks and light show at the world’s tallest building, the Burj Khalifa, according to its developer Emaar. This year, the organizers plan to break new records and the building will feature the world’s largest laser display, accompanied by fireworks and a synchronized water show from the nearby Dubai Fountain.

NYE sees the Taipei 101, the world’s 10th tallest building, light up with one of the planet’s most spectacular fireworks displays. This year’s theme is “Taipei is the Future,” and it will see 16,000 fireworks set off over the course of five minutes. The show will be supported by laser lights and music, with an A-list of local celebrities and performers leading up to the countdown.

A city that boasts some of the best nightlife and festivals in Europe is a sure-fire destination for New Year’s Eve. Crowds gather in Plaça d’Espanya to watch the main fireworks display, and to sample a local tradition that’s not for the faint of heart, go to Plaça Catalunya, where people gather to drink Cava before throwing the empty bottles into the middle of the square.

After two years where Covid restrictions put a damper on its NYE celebrations, the city’s V&A Waterfront will light up on December 31 with pyrotechnics and partying. Live entertainment starts at 7 p.m. with Table Mountain making a fantastic backdrop to the festivities. The Cape Malay Choirs Parade features music and dancing, and starts at 9.30 pm on Darling Street, at Grand Parade.

With its “Riyadh Season” winter entertainment initiative, the Saudi capital is emerging as a New Year’s Eve destination. This year, it offers 15 entertainment zones, which include the world’s biggest artificial lake, multiple firework displays and a Winter Wonderland that runs until December 31. Arab music stars will perform on New Year’s Eve at the Mohammed Abdo Arena Boulevard Riyadh City, and the Noor Riyadh citywide festival of light and art also runs through the winter.

The quintessential New Year’s Eve spot, Times Square in New York gets seriously packed with people on the day, and the event is even streamed online for anyone to watch. The main event is the traditional Ball Drop. Since 1907, a large, crystal-covered ball that sits atop the roof of One Times Square descends a flagpole during the last minute of the year, sending the crowds into a frenzy.

The Pacific island nation of Kiribati is among the first inhabited places in the world to see in the New Year, because it’s located so close to the International Date Line. Some of its islands stretch into the most extended time zone on Earth: UTC+14. Traditional celebrations and events are held throughout the islands, with the biggest party likely to happen in Kiritimati, the largest of Kiribati’s islands.

This unincorporated US territory, about 3,000 miles (4,830 kilometers) northeast of New Zealand, is among the last inhabited places on Earth to enter the New Year. If you have the stamina and find a way to make the trip on January 1, you can first celebrate New Year’s in Samoa — an independent country just over 50 miles (80 kilometers) to the west — and then travel here and do it all again the next day.

It’s hard to imagine a more lively open-air New Year’s Eve party that the one that takes place annually at Copacabana Beach in Rio. Millions of people, many dressed in white, descend on the 2.5-mile beachfront to bask in the summer weather and enjoy music and food. Then, at midnight, all eyes go up to witness a huge fireworks show — but in a city famous for partying, that just signals the start of the celebrations.

The Icelandic capital’s fireworks show is truly one of a kind: Rather than the city having an official display, citizens are encouraged to buy their own from local search and rescue teams in their biggest fundraising effort of the year. So, before midnight, the city lights up with thousands of microshows — collectively quite a sight to behold.

The centerpiece event in the aptly nicknamed “City of Light” takes place at the Champs-Élysées. This year’s show returns after a two-year hiatus and will see the Arc de Triomphe once more covered in 3D projections, beginning at 11 p.m.

Sydney’s New Year’s Eve celebrations are among the most famous in the world, beautifully framed by the harbor and the backdrop of the Opera House. This year, there’s a double dose of fireworks: the first display starts at 9 p.m., inspired by the sea, land and sky and part of a celebration of Indigenous culture, while the main event kicks off around midnight, with pyrotechnics launched from the Sydney Harbour Bridge, the Opera House and from barges.

Lagos is the centerpiece of Nigeria’s New Year’s Eve celebrations, which are marked in culturally and religiously diverse ways. New Year’s Eve this year will see the city’s skies come alive with midnight fireworks shows and all-night partying at venues on the city’s Victoria Island. At the island’s NOK by Alara restaurant, you can enjoy a three-course dinner followed by celebrations from 11 p.m., with the theme “African Opulence.”

On New Year’s Eve, fireworks light up the Bosphorus Strait, Istanbul’s 19-mile (30 kilometer) waterway, and can be watched from a late-night river cruise or from the shore. However, most people gather in and around the tourism and nightlife hotspot of Taksim Square, and many of the city’s neighborhoods host their own street parties and fireworks.

New Year’s in the Scottish capital is synonymous with Hogmanay, a three-day event of live music, street parties and — of course — spectacular fireworks. Most events are ticketed, but anyone can see the fireworks lighting up Edinburgh Castle, and then live the experience of singing “Auld Lang Syne” in the home country of its writer, poet Robert Burns.

The iconic fireworks show at the London Eye marks its return this year, after two years of pause because of the pandemic. Only those who managed to score one of the 100,000 tickets will be in attendance, but many more will be watching from all over the world. The display begins at midnight, and will of course be aided by Big Ben, chiming to mark the start of 2023.

The San Marco Basin hosts a charming fireworks show — but if you want to watch, don’t head to St, Mark’s Square as they can’t be seen from there, according to the city’s official website. The limited space is a factor here, and that’s why the main party, with music and shows, takes place away from the waterfront in Mestre, the city’s mainland area.

You’re spoiled for choice if you decide to spend New Year’s Eve on the Las Vegas Strip, with many resorts boasting their own fireworks displays in addition to their regular shows. Some 400,00 revelers are expected at the Strip to watch eight minutes of fireworks, while the Fremont Time of Your Life festival, featuring artists including The Wailers and DJ Skribble, will lead the party to the countdown and beyond.

This island in the Gulf of Thailand is famous for its monthly Full Moon Parties, and New Year’s Eve offers a no-holds-barred, supercharged version. Hat Rin beach is lit up with fireworks and traditional fire shows, with music pounding nonstop from the early afternoon and well into the next day. But a host of clubs in the area will be more than happy to keep the party going even longer.

The world-famous street crossing of Shibuya is usually Tokyo’s equivalent of Times Square on New Year’s Eve, but the 2022 celebrations have been canceled; Instead, you could opt for a more spiritual approach, visiting a shrine to pray for an auspicious New Year or taking part in a bell-ringing ritual at a temple. And if you want to fit in with the locals, go admire the sunrise on New Year’s Day on the waterfront along Tokyo Bay.

December 30, 2022
Top 5 Things To Do In Cancun When The Rain Interrupts Your Beach Day 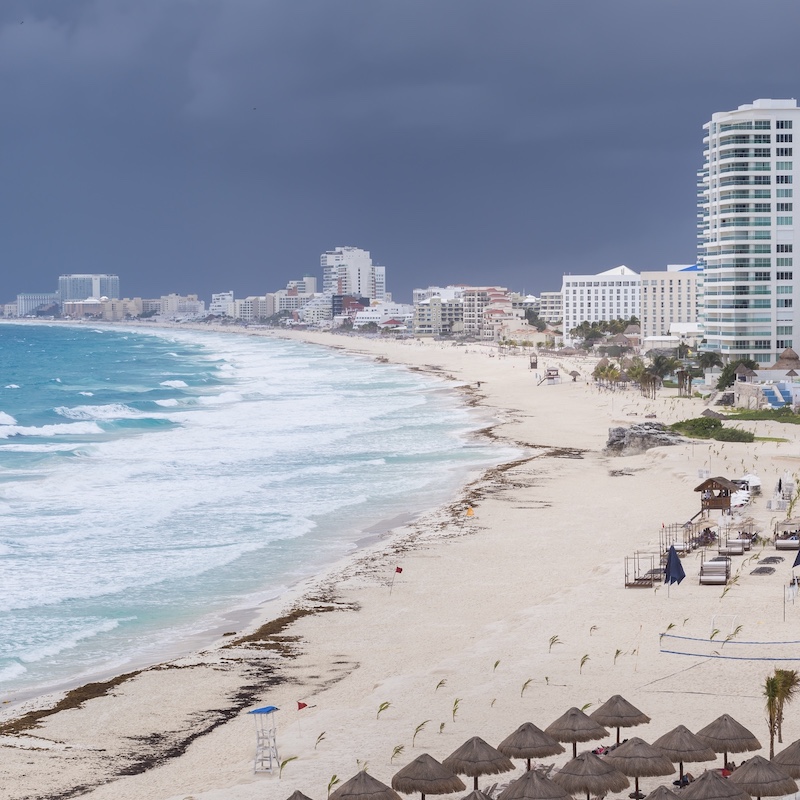