Georgia’s (the country, not the U.S. state) capital city is delightfully rough around the edges and has, over the past few years, emerged as one of Europe’s coolest cities. Below, HAP’s insider edit on the smartest boutique stays and best wine bars to pin on your map.

Over the past few years, Tbilisi’s hospitality scene has been on the rise as boutique boltholes popped up in repurposed Soviet-era factories and historic mansions. Stamba, opened some five years ago, still leads the pack with lofty leather-and-chrome rooms in a former printing press factory, each one fitted with roll top copper bathtubs, well-stocked private libraries, and Maison Martin Margiela toiletries. Drop in even if you’re not staying over: the buzzy Café Stamba, the hotel’s plant-fringed restaurant on the ground floor, is a top spot for Georgian comfort foods such as lobio (a local bean stew) and creamy chikhirtma (a vinegary, tarragon-flecked chicken soup).

One door down from Stamba, Rooms Hotel channels the same industrial-chic vibe but feels a notch more grown up. Its whitewashed, wood-floored rooms feature high ceilings with exposed beams and a medley of classic furniture pieces – think copper chandeliers, clawfoot bathtubs, and retro sofas clad in eye-popping velvet. The restaurant and two bars fuse Georgian ingredients with New York-cool, and the greenhouse-like Garden Bar is where you’ll want to rock up on sultry summer evenings.

This cozy breakfast-to-dinner spot in the hip Chugureti district fills its marble tabletops with Levantine classics. Start early with breakfast mezze platters featuring shakshuka, hummus and pita breads for dipping, or stop by later in the day for harissa-dusted cauliflower, za’atar stracciatella and grilled chicken. A few doors down, the aptly named Craft Shop, by the same owner, sells crafts from around Georgia alongside more than 130 types of local biodynamic wines.

Housed in a 19th-century former wine factory, Veriko’s breezy terrace is perennially packed with clued-in locals feasting on generously portioned Georgian classics such as chicken in bazhe walnut sauce and phkhlovani pastries with cheese and beetroot leaves. The menu is rounded out with interesting salads and soups featuring local cheeses and smoked meats, while the drink list – unsurprisingly – revolves around Georgian wines. The al-fresco tables are the ones to book (even in winter, thanks to their overhead heating) and make for an excellent spot for people-watching.

It’d be a crime to leave Tbilisi without sampling a copious amount of Georgian wine. 8000 Vintages, a massive wine library with several branches around town is the best place for a sommelier-led crash-course in the seemingly endless variety of local wines that ranges from crisp whites to qvevri claypot-aged amber wines. Tastings feature generous pours and a wealth of information, and since only blind taste-tested bottles end up on the shelves, you can be assured you’re bringing home Georgia’s very best wines.

Behind a blink-and-you’ll-miss-it cellar door in the restaurant-packed Sololaki area, this pint-sized cocktail bar is the brainchild of bartender Roman Milostivy, a Moscow transplant who moved here in 2017. Its drink list, hand-scribbled on the water-stained pages of a crumpled notebook, features local riffs on global classics: expect gimlets with cordial from tkemali (a sour plum sauce) and margaritas with rose liqueur alongside negronis and white Russians that swap gin and vodka for chacha, a local brandy brewed from grape pomace.

Tbilisi’s oldest quarter, with its labyrinthine lanes and cobbled back streets is one of the city’s most picturesque corners. For a lay of the land, hop on a cable car to the 4th-century ruins of the Narikala Fortress, perched high above the city, from where you walk down to the mosaic-covered Orbeliani Bathouse and historic sulfur baths. Make a detour through the higgledy-piggledy pathways of the Leghvtakhevi Canyon that lead to a hidden waterfall, then follow the swirling streets to Gallery 27, where the stained-glass hallway is as pretty as the Georgian crafts on sale.

This late 19th-century farmers market received a new lease on life at the end of 2021, when after a thorough renovation of the two-story building, it reopened as one of Tbilisi’s most exciting food destinations. On the ground floor, farmers and food artisans from around the country hawk local cheeses, pickled vegetables and gift-ready bags of Svanetian salt, marigold petals and spicy ajika. Upstairs, a modern food court (with a rooftop terrace for summer days) is home to vendors cooking everything from stuffed shoti breads to pillowy khinkali dumplings.

Taking over a former Soviet-era sewing factory in downtown Tbilisi, this graffiti-clad creative hub is a cradle of local cool. The complex delivers a unique blend of art, food and design, with residents including a design-forward hostel, vinyl record shop Vodkast Records, and Tbilisi’s first skate shop Margo. The ground-floor co-working space is a honeypot for laptop-working locals – you’ll find them sipping flat whites and beers on the picnic tables dotting the courtyard, where cafes and bistros such as MILK and Tone dish out excellent coffees and Georgian breads.

Whether you’re on the lookout for USSR-era tea tins, rare Azerbaijani coins, or timeworn silver cutlery – you’re going to find all that, and much more, at this sprawling flea market unfurling from the Saarbrucken Bridge. After the communist collapse in the 1990s, cash-strapped locals came here to pawn their family heirlooms, but nowadays vendors fill their stalls with antique knick-knacks sourced from all around the former Soviet union (do keep an eye out for counterfeit, though). Most vendors set up shop on weekends, so plan your visit accordingly. January 4, 2023
Greece Is One Of Europe’s Top Destinations For 2023 – These Are 3 Of The Most Beautiful Islands To Visit 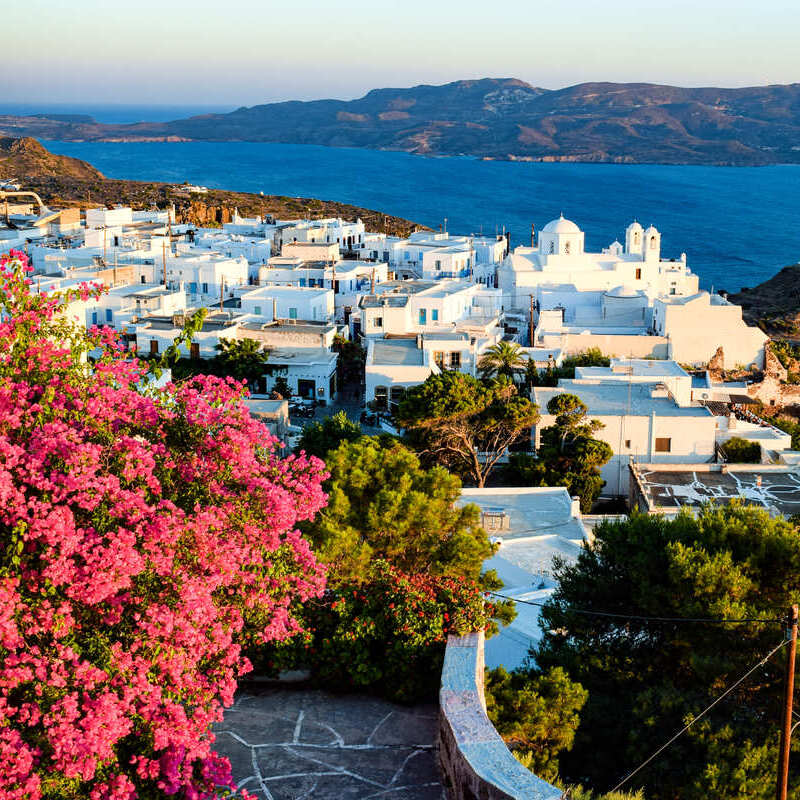